Why are the Church doors locked? People need to pray!
Well, Church doors were locked in most cases for security reasons or to prevent vandalism – even before the pandemic. Yes, many parishes have adoration chapels – but they are usually too small for proper “social distancing”.

Why can’t we do “parking lot” Masses like other places?
Other places are not the epicenter of the virus outbreak in Florida as Palm Beach, Broward and Miami-Dade are. “Stay at home” mandates discourage any event that would gather large numbers of people. Some municipalities have mandates that are quite draconian. Since civil authorities have urged citizens to stay at home, it would be imprudent for us to encourage large gatherings, at least until we are on the other side of the “curve” and those mandates are relaxed.

Why can’t I go to Confession?
Confessions are being heard in the Archdioceses of Miami. Again, some priests may not be available because of need to self-isolate. However, as you know, right before Holy Week, the president announced that the next few weeks would be the worse in terms of deaths and infections and so “stay at home” mandates were given. So, to discourage large gathering of people leaving their homes, “drive-by” confessions, “drive-by” palms and “drive-by” communions were      suspended. Parish offices are supposed to be open – the phones being answered, etc. If a sick call is received, it should be answered and the person attended to; if someone comes to the office and asks to go to Confession, he or she should be attended to.

Why has the Church abandoned us?
We have not! The clergy of this Archdiocese have worked “creatively, prudently and pastorally” to be present to our people. Parishes have organized “phone trees”, groups to shop for elderly members, catechesis by “zoom”. We continue educating our Catholic school kids online. We do livestream of Masses and other devotions, we have TV Masses, PSA on television and radio, Radio Paz continues to broadcast 24/7, etc.

Our goal is, of course, to reunite our people with Mass and the regular participation in the sacraments. 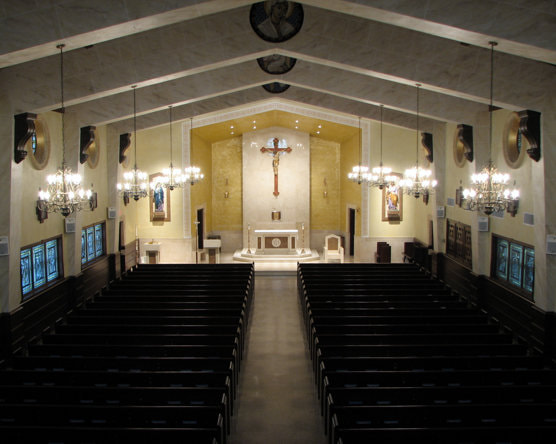